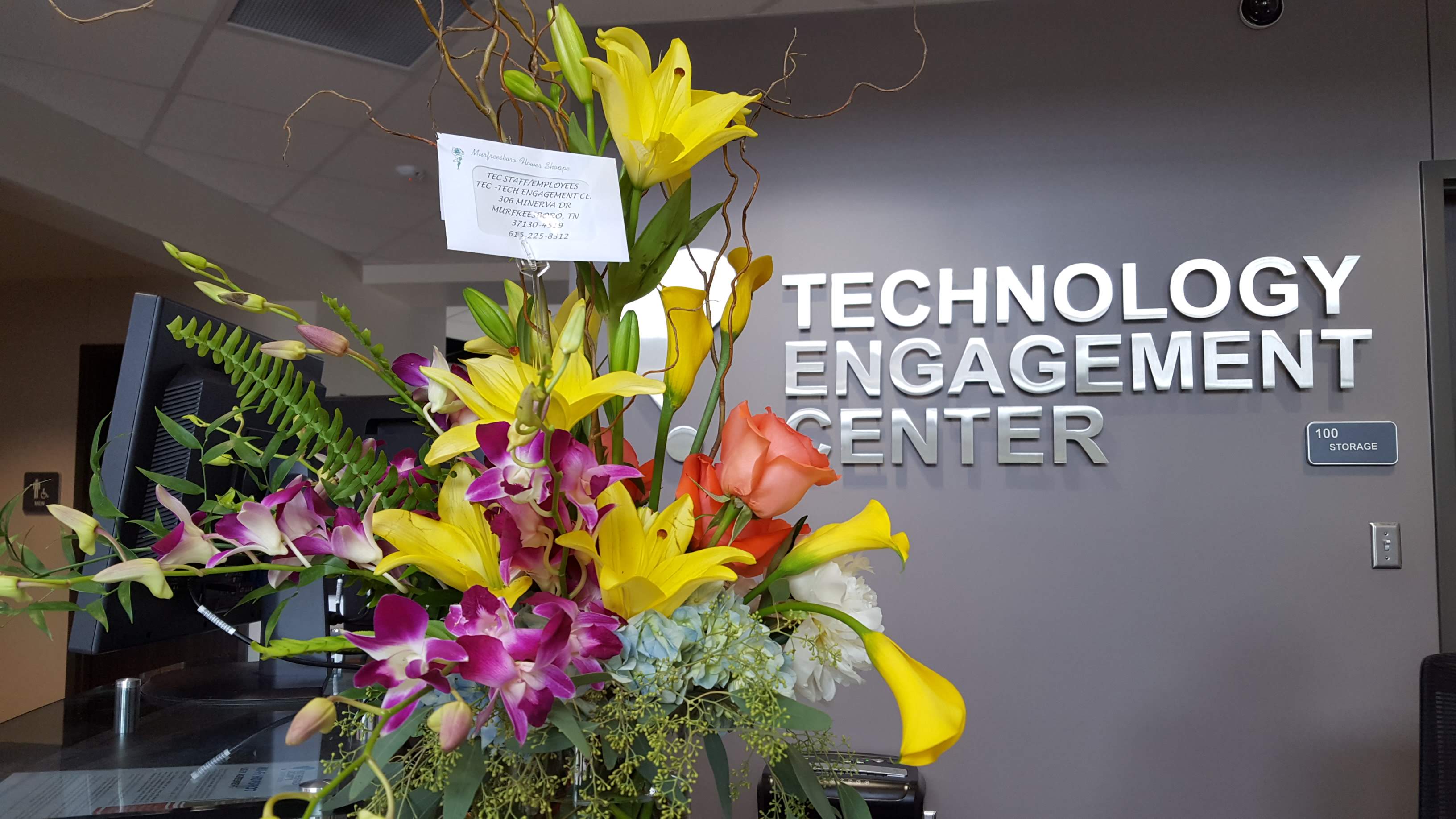 The Technology Engagement Center (“TEC”), Tennessee’s first standalone, all-digital public library facility, one of two in the United States, has been open to the public for one year today!  After a five year incubation from idea through imaginings into reality, the TEC celebrates a year of successes.  In the past year the TEC has become a popular destination for people from all over the county.  The meeting rooms are frequently booked and the virtual reality equipment is a regular draw.

RCLS has learned valuable lessons from the experience of opening the TEC which will be incorporated into future initiatives. Every existing branch of RCLS has some form of a community technology center.  While not every new branch would be shelfless like the TEC, the popularity of meeting rooms, makerspaces, and an increased emphasis on technological education and entertainment cannot be ignored.  The TEC has offered computer classes every month since opening, the more advanced (Python Programming for Beginners) alongside tried and true basics necessary for digital literacy.  There are also opportunities for one-on-one Tech Coaching.  Partnerships with Murfreesboro City Schools, Rutherford County Schools, Rutherford County Adult Education, Read to Succeed, to name a few, have allowed patrons from all over Middle Tennessee to benefit from curriculum ideas shared with the TEC staff.

Stop by and visit; all that is needed to utilize this branch is a valid RCLS library card.

Located at 306 Minerva Drive, on the campus of Hobgood Elementary School.