An Introduction to Film Noir 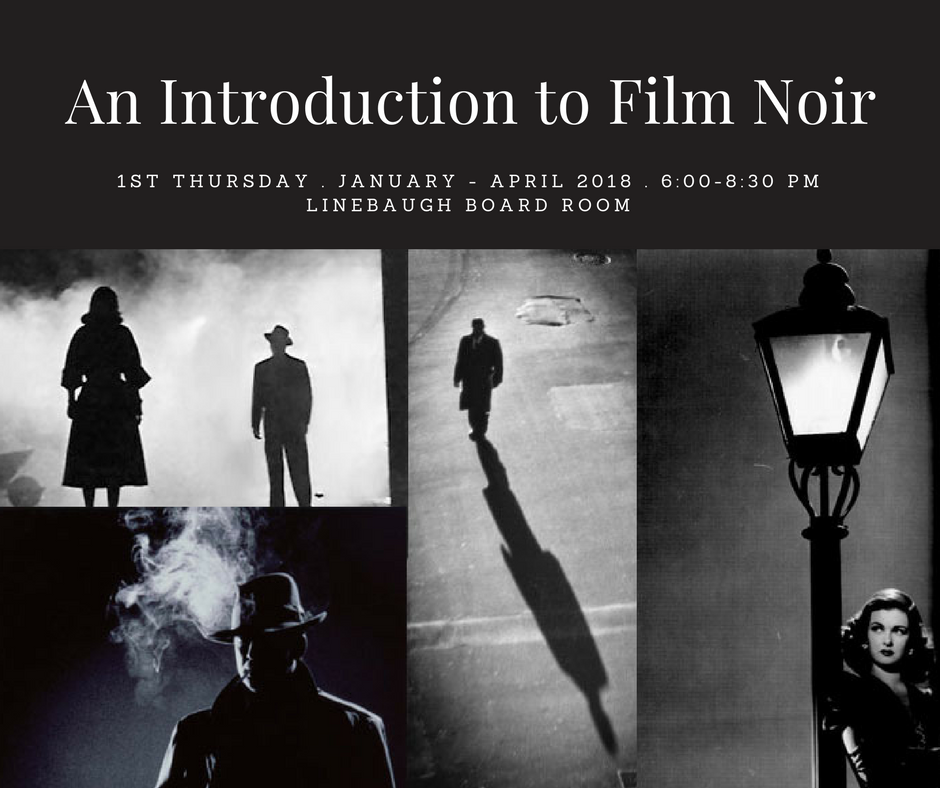 *PLEASE NOTE* Due to a family emergency, Dr. Helford will not be able to host the January meeting -- we will postpone the series to start on the February 1 date.**

On the first Thursday of the month, Dr. Elyce Rae Helford will facilitate “An Introduction to Film Noir” series in the 2nd floor Board Room at Linebaugh Public Library. Each session will address a central element of this dominant American film style of the 1940s-1950s. The meeting will include a brief talk followed by the screening of a classic noir film.

Elyce Rae Helford is a professor of English at MTSU. She teaches courses including Gender and Film, Film Noir, Survey of Popular Culture, Literature and the Holocaust, and Introduction to Women’s Studies. Her publications include three edited collections, Enterprise Zones: Critical Positions on Star Trek (1996), Fantasy Girls: Gender in the New Universe of Science Fiction and Fantasy Television (2000), and The Woman Fantastic in Contemporary American Media Culture (2016). She is currently completing a book on gender in the films of Hollywood director George Cukor.