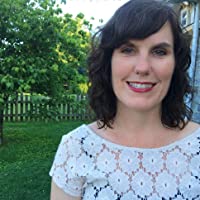 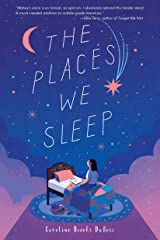 Linebaugh Public Library is pleased to host local author Caroline DuBois for a book signing on Saturday, September 4, from 10 a.m. until 1 p.m. The author will be signing and selling copies of her 3 through 7 grade-level book The Places We Sleep, published by Holiday House in August 2020.

It's early September 2001, and twelve-year-old Abbey is the new kid at school. Again. I worry about people speaking to me / and worry just the same / when they don't. Tennessee is her family's latest stop in a series of moves due to her dad's work in the Army, but this one might be different. Her school is far from Base, and for the first time, Abbey has found a real friend: loyal, courageous, athletic Camille.

And then it's September 11. The country is under attack, and Abbey's "home" looks like it might fall apart. America has changed overnight.

How are we supposed / to keep this up / with the world / crumbling / around us?

Abbey's body changes, too, while her classmates argue and her family falters. Like everyone around her, she tries to make sense of her own experience as a part of the country's collective pain. With her mother grieving and her father prepping for active duty, Abbey must learn to cope on her own.

Written in gorgeous narrative verse, Abbey's coming-of-age story accessibly portrays the military family experience during a tumultuous period in our history. At once personal and universal, it's a perfect read for fans of sensitive, tender-hearted books like The Thing About Jellyfish.

Caroline Brooks DuBois found her poetic voice in the halls of the English Department at Converse College and the University of Bucknell’s Seminar for Young Poets. She received a Master of Fine Arts degree in poetry at the University of Massachusetts, Amherst, under the scholarship of Pulitzer Prize winning poet Jim Tate, among other greats in the poetry world. DuBois writes both poetry and prose and a mixture of the two. In May 2016, she was recognized as a Nashville Blue Ribbon Teacher for her dedication to her students and excellence in teaching adolescents. DuBois currently works as a literacy instructional coach and lives in Nashville, Tennessee, with her singer-song writer husband, with whom she’s co-written songs, and their two children.

The author will be selling the book for $10 each. Cash, checks, and Venmo accepted.