2022 FOLL Afternoon with an Author 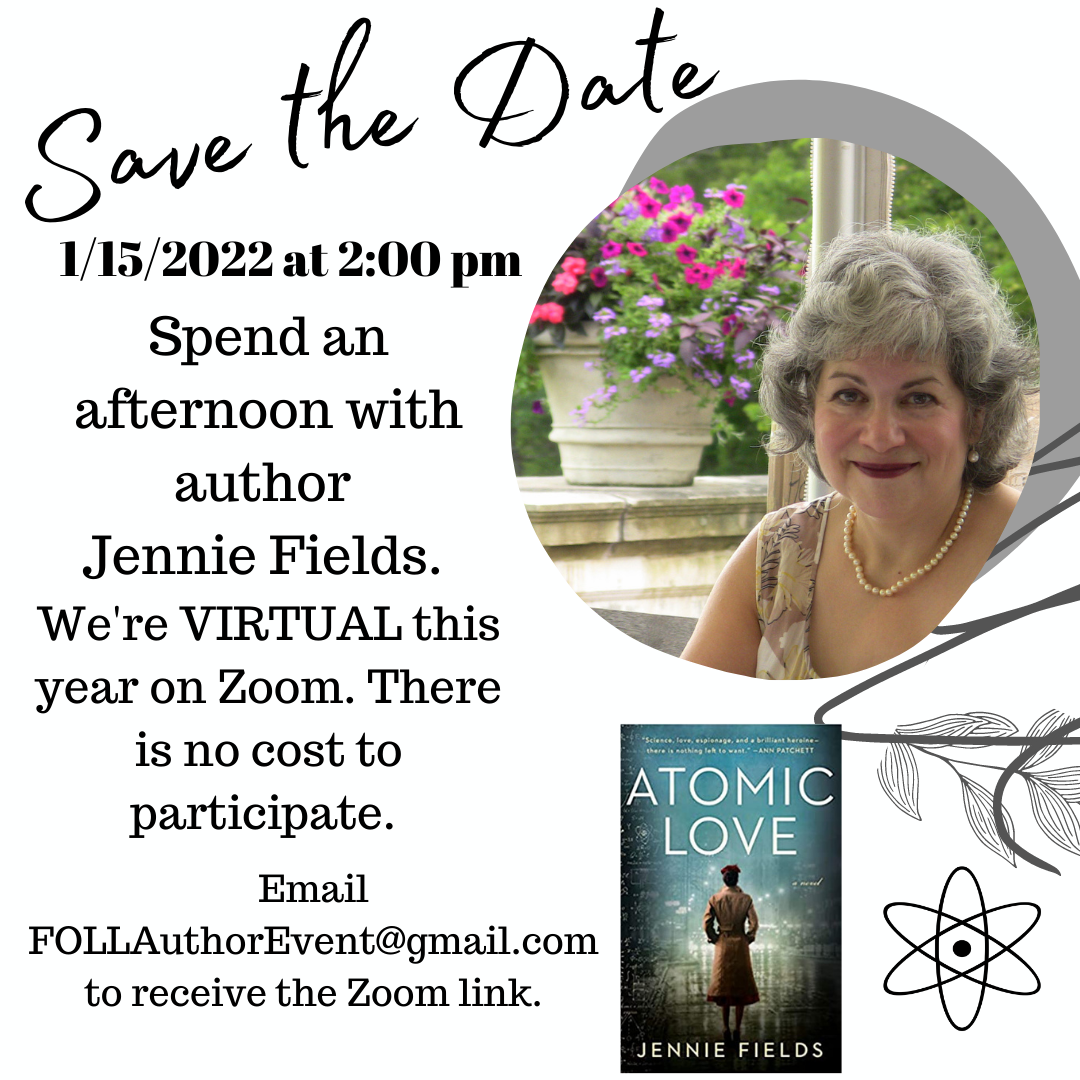 Author Jennie Fields will be the 2022 featured author for the Friends of Linebaugh Library virtual Afternoon with an Author on Zoom on Saturday, January 15, at 2:00 p.m. Fields is the author of five novels including her last two, The Age of Desire and Atomic Love, which are historical fiction. Fields will speak about Atomic Love which is set in Chicago in 1950 and centers on allegations of Soviet espionage in the development of the atomic bomb.

Main character Rosalind Porter is the only woman who worked on the Manhattan Project. Five years later she is approached by an FBI agent who is trying to find a Russian spy among the scientists who were recruited for the project and strongly suspect Roz’s lover, English scientist Thomas Weaver who jilted her at the end of the war at the same time Roz lost her job. She is torn between wanting to protect her former lover and wanting to be a patriotic American while at the same time she is drawn to FBI Special Agent Charlie Szydlo as she learns of his past as a prisoner of war. Author Ann Patchett says of the novel, “A novel of science, love, espionage, beautiful writing, and a heroine who carves a strong path in the world of men. As far as I’m concerned there is nothing left to want.”

Due to covid concerns the event will take place on Zoom at no charge on Saturday, January 15, at 2:00 pm. Email FOLLAuthorEvent@gmail.com to request an Zoom invitation.

Friends of Linebaugh Library is a 501(c)(3) nonprofit organization formed in 1981 to promote the library and its activities through exhibits, special programming and library materials beyond the regular resources of the library. The Friends supports Linebaugh Library, Myrtle Glanton Lord Library at Patterson Park, and the Technology Engagement Center.